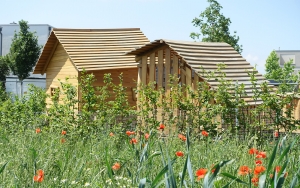 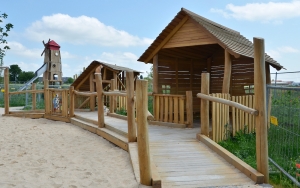 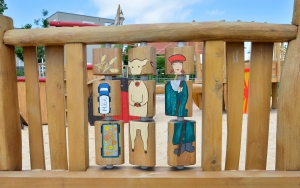 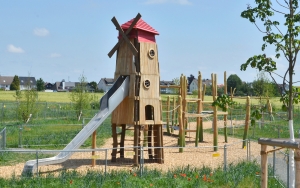 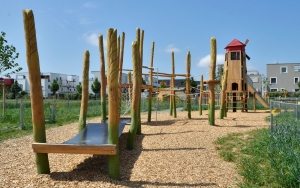 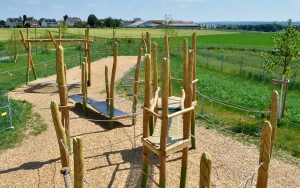 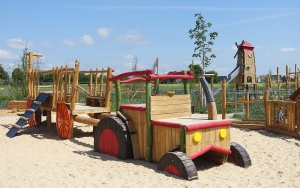 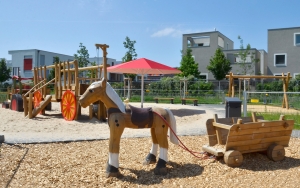 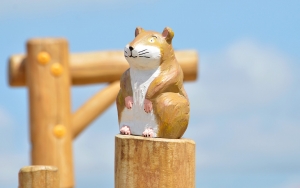 In the east of the Altkönigsblick district in Riedberg, a large playground and grassy area have been created from around 7 ha of farmland.

The Beuerlein & Baumgartner office in Frankfurt / Main started planning the playground in 2013. European hamsters had settled in the area. Since they are under nature protection, the planning was stopped for the time being. European hamsters, which are under nature protection, brought the project to a standstill for the time being. Finally, only two animals were sighted. These were successfully relocated after 5 years, so that planning was resumed in 2018.

Today children can run along with wild flowers and a large variety of insects around the integrated playground which is based on a farm theme. The entrance features an accessible playhouse combination with sandpits and sensory games as well as seats. Next to it, a giant climbing tractor with a hay cart invites children to climb, slide and role playing games. The area for older children begins behind a hedge. The large windmill with slide is the eye-catching feature. From the top you can enjoy a great view. Behind the windmill is a wooden crop field with balancing and climbing equipments as well as a belt bridge. A dual cable riderthat follows along the sloping terrain finishes off the play area.

In addition to a dog, a cat and a horse, the European hamster has also been given a proper place on the playground.