A big bat in Paris 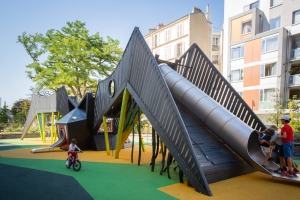 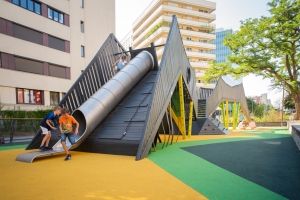 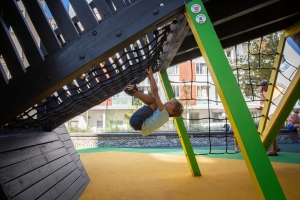 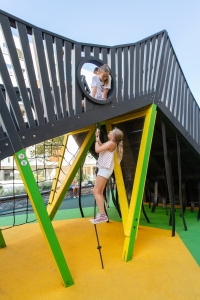 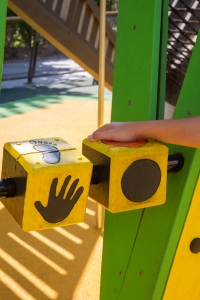 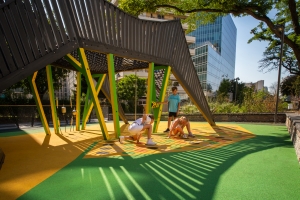 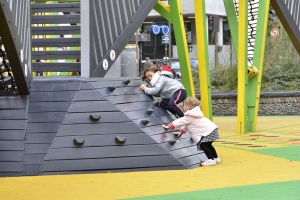 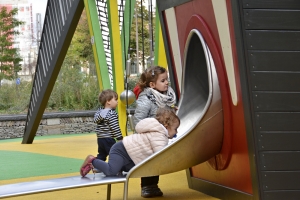 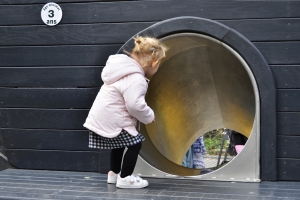 A big bat in Paris

There is a unique bat colony in a disused railway tunnel in the Broussais district of Paris. With around 500 copies, it is said to be the largest in Europe.A mixed-use residential complex with social and cultural facilities was built on an old hospital site above the railway tunnel. Instead of the old parking lot, a 1 hectare green promenade was created. In addition to an allotment area, there are seating and play facilities. Near-natural habitats with a large biodiversity have formed between the areas. The functional planning was accompanied by participation processes. This gave rise to the idea of ​​an oversized game sculpture in the form of a bat as a connection to the conspecifics living underground. At one point on the promenade, you can hear an amplifier using a shaft as the bats communicate with each other.

The 22.5 m long play sculpture consists of three parts. The first part is accessible to everyone, including children with reduced mobility, and offers various games of meaning below the wings. The twister game built into the floor is particularly attractive. The body and head of the bat are designed for 3–6 year old children. The upper wing platforms offer 6–12 year old children a varied climbing and sliding experience.

The playground is a cooperation project between SIK-Holz® and Kompan France. We would like to thank everyone involved for the good cooperation and wish many visitors to the world’s largest bat.