Play with animals up close 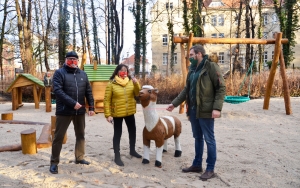 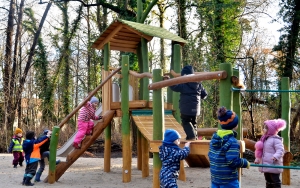 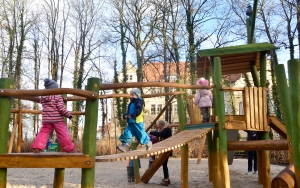 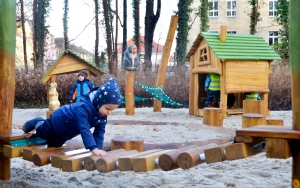 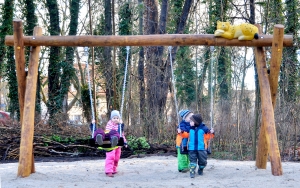 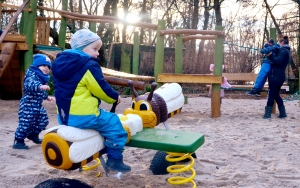 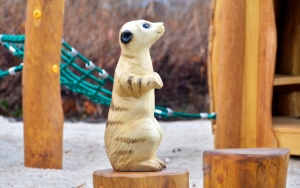 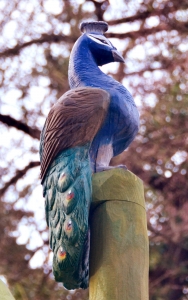 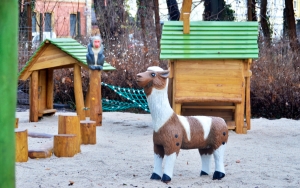 Play with animals up close

The small but varied zoo in Luckenwalde is changing its face. On the initiative of the young, committed managing director Mr. Herrmann, in addition to the modernization of the enclosures, the redesign of the playground equipments on the site should ensure a greater flow of visitors. With the help of a private sponsor from Luckenwalde, a big step could unexpectedly quickly be taken. They raised the donation for the new playground, which opened at the end of 2020. SIK-Holz® took over the planning and construction of the equipments and together with the building yard of the city of Luckenwalde, the playground equipments were assembled and installed in a very short time.

The zoo’s motto «Animals up close» is fully reflected in the new play area. The different devices are each associated with a species of animal in the zoo. A big, friendly bear greets you at the edge of the playground. With its mischievously pointed snout, it is an ideal photo opportunity for visitors. A meerkat guards the sandpit and next door a macaque perched on a post between two playhouses. Here, sand and role play can be pursued extensively. And if you want to imitate the monkeys, you can swing from house to house via a net. The peacock play area for older children provides a greater challenge. It can be climbed directly from the path. A balancing course with elements of varying difficulty leads to the play tower, which in turn can be conquered via various stairways. A slide at the end of the tower completes the entire experience. Another flagship of the zoo are its lynxes. A lynx has found its place on the swing beam and is comfortably dozing into the day. Bees stand ready for take-off on a double springer and an alpaca patiently waits to be climbed by the children and included in their play.

With the new playground, the zoo in Luckenwalde has gained another attraction and has come one step closer to its goals.