Playing between Tropics and Spreewald 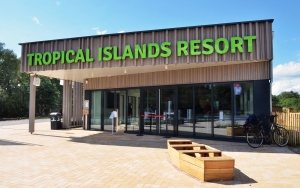 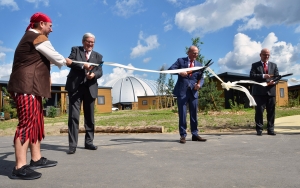 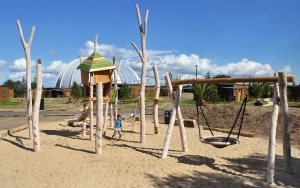 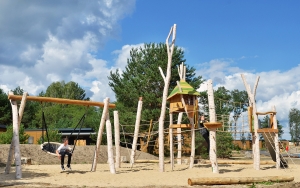 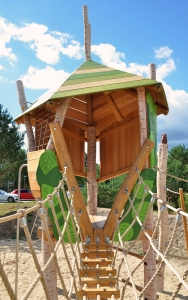 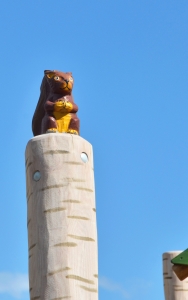 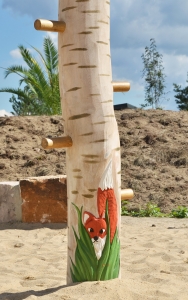 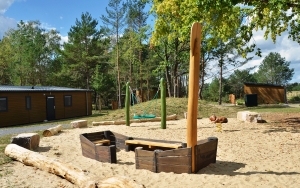 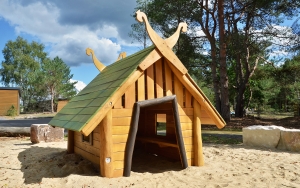 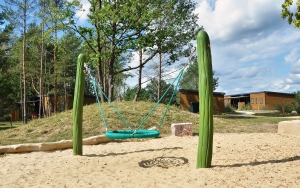 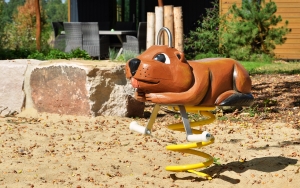 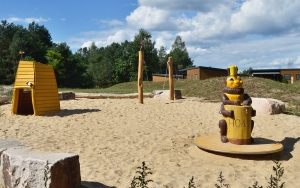 Playing between Tropics and Spreewald

Tropical Islands, in the Dahme Spree district, has officially opened the expansion of its resort after an eleven month construction period and a trial run of several weeks. 135 more houses have been added to the existing 113 holiday homes and the outdoor campsite. With the expansion, Tropical Islands is reacting to the steady increase in overnight guests in recent years. With 710 rentable units and a total of 2,591 beds,it is one of the largest accommodation providers in Germany. The traditional cutting of the opening ribbon by Wouter Dekkers, General Manager of Tropical Islands, and Jörg Steinbach, Minister for Economic Affairs, Labor and Energy of the State of Brandenburg and Stephan Loge, District Administrator of the Dahme-Spreewald district took place on September 7, 2020 and opened the new holiday home area for guest use.

There are also smaller and larger playgrounds from SIK-Holz® between the accommodations, which have been named «Sunrise Homes». They offer an attractive contrast program in the shade of Brandenburg pines and a quiet atmosphere with an exquisite view of the tropical hall. Some of the playgrounds are positioned directly between the holiday homes. The play areas serve as a meeting point, for orientation and as a lounge area, before or after an eventful day on the Tropical Island or the wider area. Small children can move around independently in the adult’s field of vision and make friends with other children. The adults also come into contact with one another in the surrounding of the playgrounds. A larger climbing forest is located at the entrance to the resort. Older children who are a bit more mobile meet here. In addition to experimenting with sand, exercise should of course not be missing. So you can swing, balance or climb. The bigger ones can show their dexterity on the horizontal bar and their strength on hanging structures. The play areas also show excerpts from the diversity of the Brandenburg region. The children can hang around and climb in a «Brandenburg birch forest», venture into the «Spreewald river landscape» or explore the «world of bees» between the beehive and the beehive.

The existing road network around the area was also fundamentally renewed in the course of the expansion. Wouter Dekkers is particularly proud of the new reception building. Here, too, a small play area has been created to get in the mood for the holiday in case there are waiting times at the check-in.