SIK-Holz > Projects > Stories playgrounds > The lay of the Nibelungs 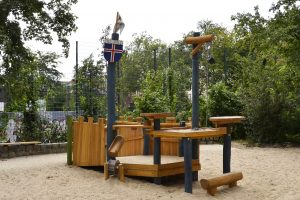 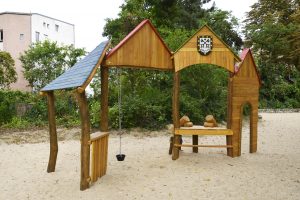 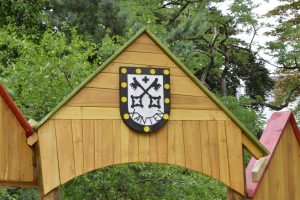 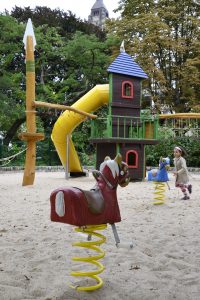 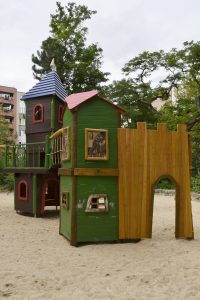 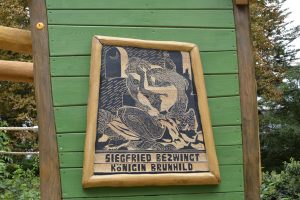 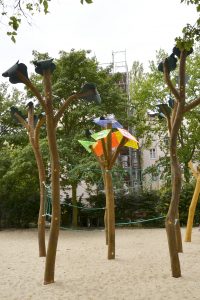 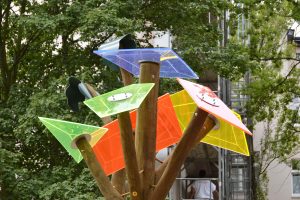 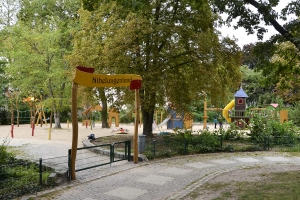 The lay of the Nibelungs

The places where Siegfried the Dragon slayer accomplished his heroics in the legend of the Nibelungs can be played by children on a playground installed at the Richard-Wagner-Straße in Berlin now. At the designing of their playgrounds, the district authority of Charlottenburg-Wilmersdorf is setting great value upon an individual and thematic design for these places. In addition to a variety of play incentives, knowledge and values shall be touched in a playful context.

All play- climbing- and sand play units are matched to Worms, Xanten and Iceland the main places of this legend. They respectively can be recognized by their coats of arms. The house facades of the play unit «Worms» have embedded woodcuts which are telling the tale of Siegfried the Dragon slayer in pictures.

The two seated swing has got an oversized beam which is designed as a spear. This spear points in to the direction of the legendary forest where Siegfried slayed the dragon and acquired the treasure of the Nibelungs as a reward. The trees are connected with different balancing- and support ropes, monkey ropes- and rope traverses. The treasure of the Nibelungs is represented by colored acrylic glass windows and so the sand below shines colorful.

To support inclusive play the sand play unit can be reached with a wheelchair from the main path. An orientation system gives partially blind and blind children orientation guide and leads to the single play equipment’s.