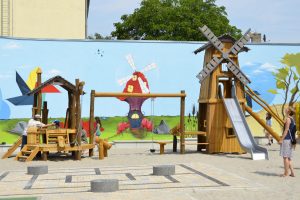 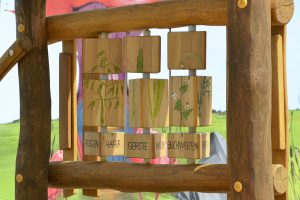 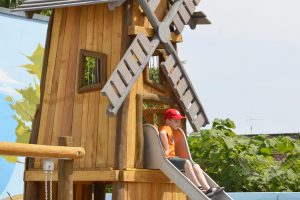 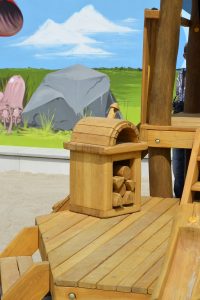 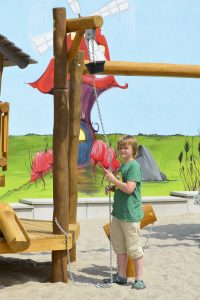 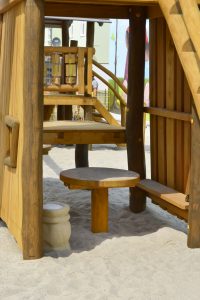 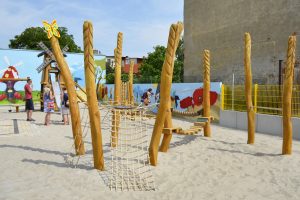 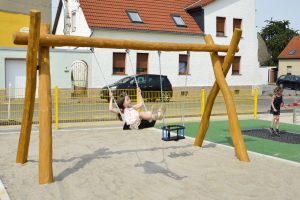 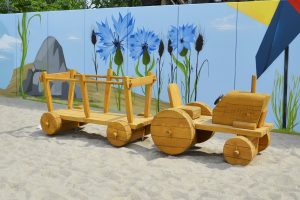 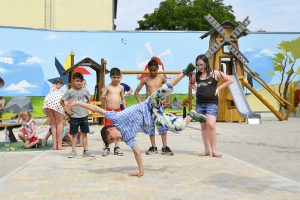 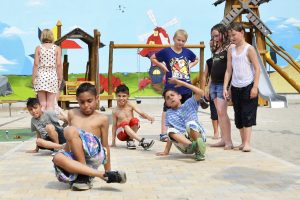 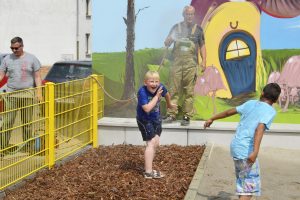 Playing on the mill meadow

Gladly once remembers on such predominantly grey and wet October days back to the last summer, even though some days this season were so hot that you could only stand in the shade.
So it was with the opening of Windmill playground in Magdeburg Westerhüsen. It was an extremely hot day, July 3, 2015. The sand was so hot that you did not remain standing, but involuntarily kept running.

After the official opening by the city and despite of the heat the children could not be stopped from testing all playground equipment. In between, there was an opportunity to pick up a cold shower. For this purpose, the builder yard had parked a mobile irrigation vehicle on the road and installed hoses with a shower, which was operated by an employee of the builder yard. Cold drinks and ice ensured even for internal cooling. So the kids were fit despite the heat to perform their rehearsed especially for the opening dance program.

The theme «mill meadow» represents a connection and remembers the history of the neighbourhood, which is to be conveyed to the children playfully. The playground is divided into four areas, which encloses in the middle a mill game with fixed stones to sit on. By dividing the land a user conflict between the smaller children (1–5 years) and older children (6–12 years) is avoided. The areas were assigned with themes such as meadow, wheat field, mill and bakery. The story can be told in a short form like this: A tractor brings the grain from the climbing-wheat field to the windmill; there it will be grinded and transported by trolley to the bakery. That relatively small area is about 23 × 20 m, but benefits of greater depth through themed graffiti wall. At the margins of the street trees will be planted. Until they will provide shade on hot days of the year the children need to look in the windmill or the bakery for a cool spot.