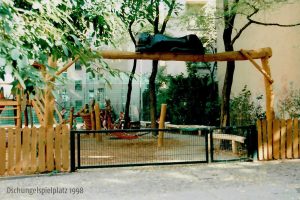 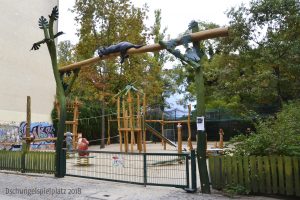 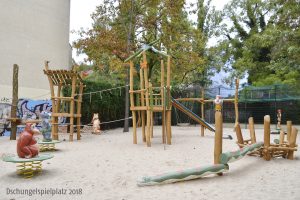 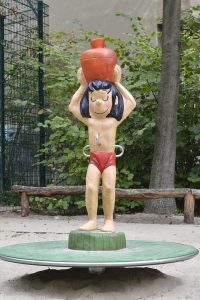 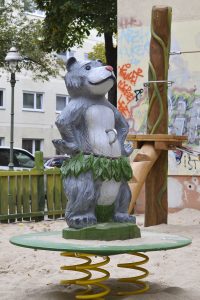 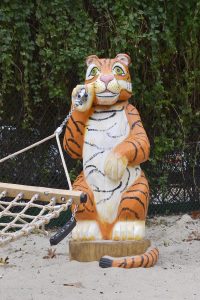 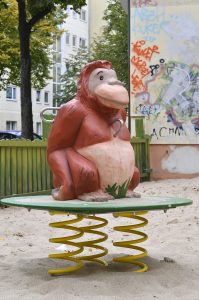 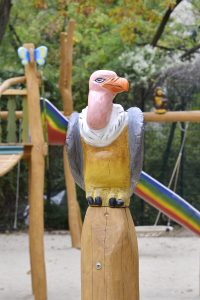 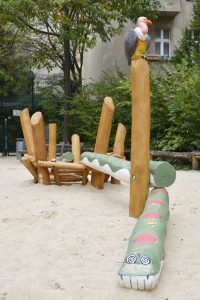 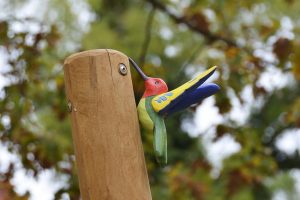 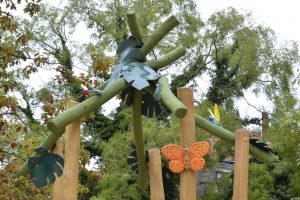 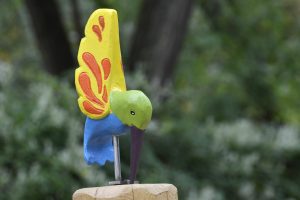 Playing in the jungle

There are stories that are timeless. The books in which those stories are written in will maybe re-illustrated over years but the enthusiasm for their heroes remains. One of these stories for example is «The Jungle Book» written by Rudyard Kipling. Since more than over 100 years, generations of children read this book. Among the best-known stories in the Jungle Book are the stories of Mowgli, a foundling raised in the Indian jungle who is saved by the caring by some animals. On the other hand, other animals are not well disposed to him. So Mowgli has to learn quickly to distinguish between friend and foe. Due to the many adventures, which Mowgli experiences in the jungle, he becomes a hero and a friend in the child’s imagination. The important reasons for the popularity the «Jungle Book» are of course the music and the plays which are caused by the stories of the «Jungle Book».

As early as 1998, SIK-Holz® built the first jungle playground in Berlin Charlottenburg. As in the previous year’s Andreas Schmidt, a planner of the urban green space planning office addressed it. The «Jungle Book» was part of his children’s literature too.

The approximately 400 m²-sized playground is located in the Eosanderstraße. This is a typical gap from World War II, which is surrounded by a small green area and a few trees. In the back part of this area is ball play area. This area is separated from the playground. A low fence with a high entrance made of palm trees with a sleeping Bagheera forms the separation to the street. The playground looks like a stage in the theater where the «Jungle Book» will be performed every day. This playground especially affects to be visited by the surrounding kindergartens. The individual play elements are tailored to this age group.

The children seesaw, turn and swing with Mowgli, Baloo, King Louie and Shere Khan. They balance on the snake Kaa or climb and slide in the jungle play unit. Because everywhere is sand on this playground the children can dig extensively. Due to the popularity of this playground the former development was adapted. Here only the arrangement was changed a little bit. New additions are many tiny hummingbirds. With their colorfulness the hummingbirds enchant and they provide a very special flair to this small jungle in the big city.