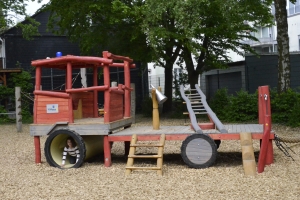 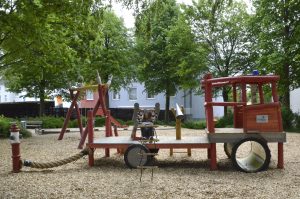 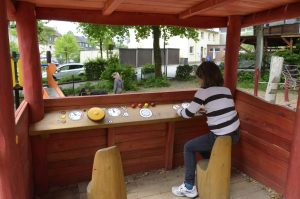 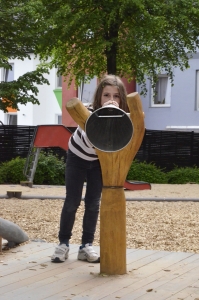 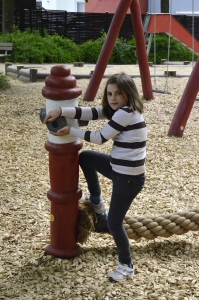 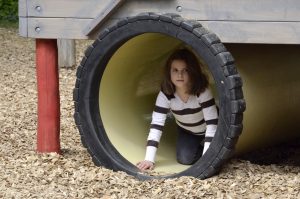 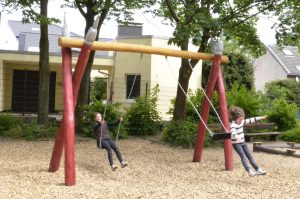 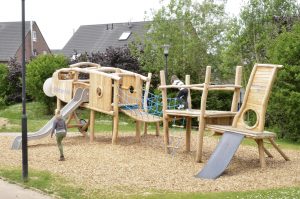 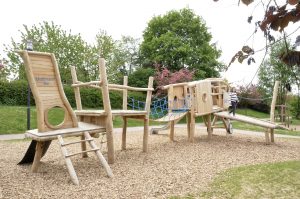 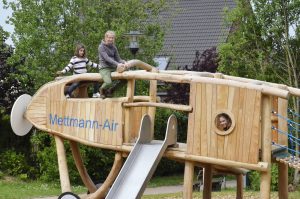 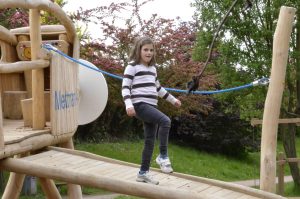 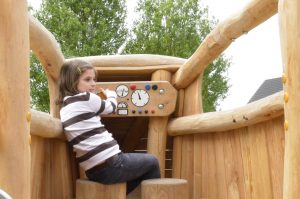 Active playground supporters in the city of Mettmann

SIK Holz® contributed to two most recent renovations this year. Both projects were carried out in close coordination with the playground supporters and the playground users. The municipal fire department, supporter of the playground adjacent to the department’s coordination centre in the street «Neanderstraße» themselves, got a miniature branch. An overhaul of that playground was inevitable and so a small adventure playground was planned in two phases by the municipal parks and gardens department. The first section was opened this year and is dominated by a large fire engine. Swing and bars in firefighter design and a few older devices complement the current play range. Fire extinguishing operations can be practised and future professions can be tested here now.

There is also a new playground vehicle on the greenway «Am Herrenhaus», which is equipped with various playing attractions. Because of an older playground device, which is vaguely reminiscent of a helicopter, the playground at «Am Herrenhaus» is only called «helicopter playground» by the children. As a replacement for the old ramshackle playground vehicle, a large multi-functional playground equipment has been sought for some time. The overall theme of «flying» was to be maintained in any event, so that the final decision was for an airplane model from SIK-Holz®. Now you can fly into the big wide world with Mettmann Air. In addition to the role-playing games, the vehicle offers many climbing, balancing, hiding and sliding options.