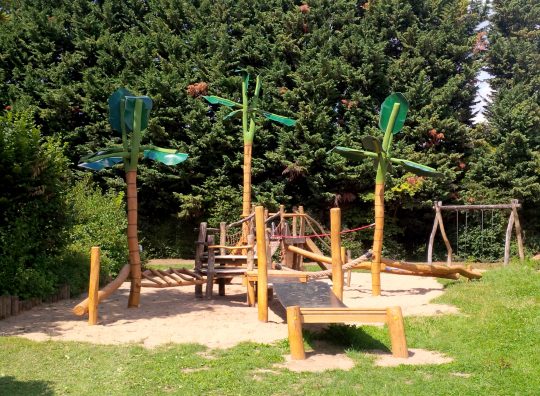 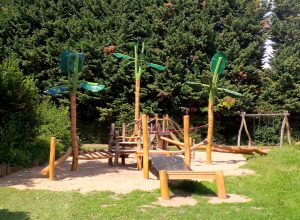 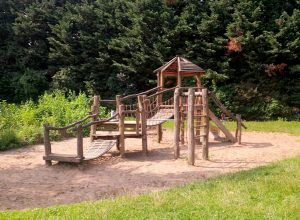 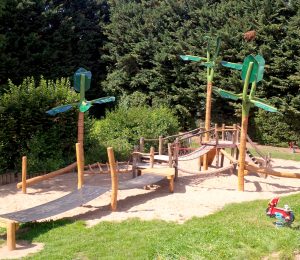 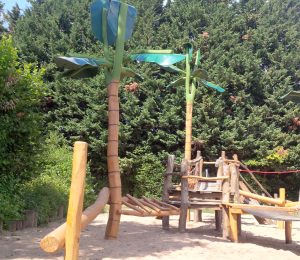 No, the concept has been around since the 1990s with the beginning of the recycling of building materials. While recycling is about breaking down old products, upcycling preserves them and makes them more valuable. In the playground industry, there are few examples of upcycling yet. Most playgrounds are maintained until safety is no longer guaranteed or their appeal no longer corresponds to the zeitgeist. In that case, they are either removed or newly built, depending on the financial situation. The playground in Brühl-Rodderweg is a successful example of upcycling. The existing playground elements from 1999 were already showing their age. Such places are prone to acts of vandalism and decay is progressing ever more quickly. Preventing this was the goal as the beginnings were already visible. Some roof boards were missing. A pole needed replacement.

At a meeting between Mr. Drost from the municipal service institution of the city of Brühl and SIK-Holz® consultant Martin Heumüller all necessary measures had been discussed, as well as an additional upcycling of the facilities. The playground has different user groups. It is used by both the adjacent day-care centre and youth who attend the nearby football ground. Hence, it shouldn’t be focussed on small children only. As a result, the existing playground was supplemented by connecting balancing and lounging structures and a wobbly belt seesaw. Elements that appeal to young people, but can also be used by small children. The two play towers with their various possibilities for climbing remained in place for the small children and, together with the new elements, offer an even larger number of possible play cycles. Three palm trees give the playground a new flair.

So far there have been no conflicts between the different user groups. A small shift in the time of use, the day-care centre uses the playground mostly in the morning, young people more in the afternoon until the evening, makes the playground a successful multi-age venue on Rodderweg in Brühl.