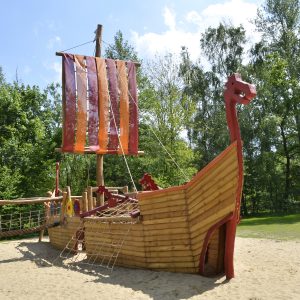 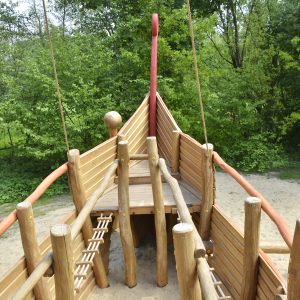 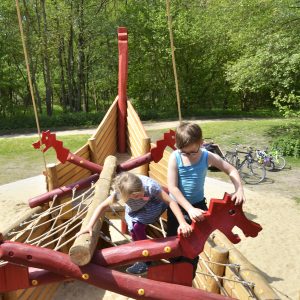 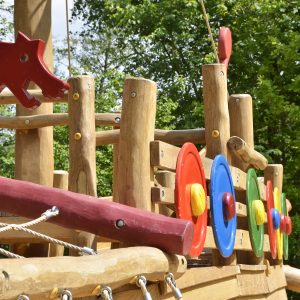 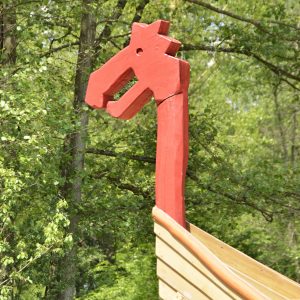 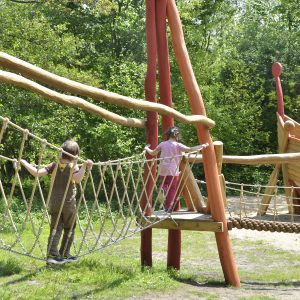 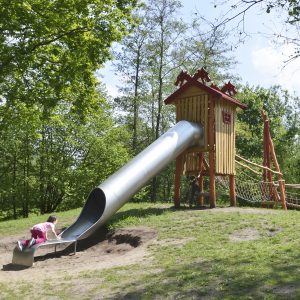 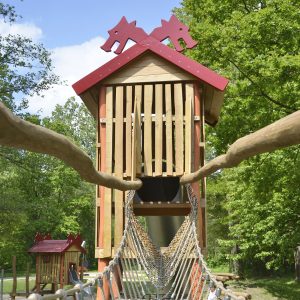 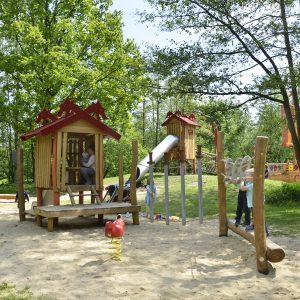 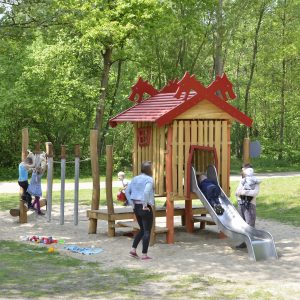 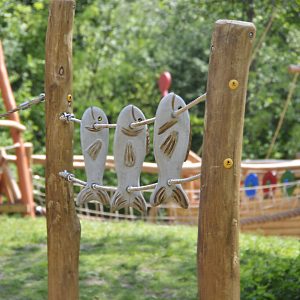 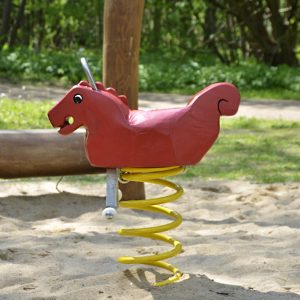 A large 16 m long Viking ship is located near the river Bille in the Hamburg district Bergedorf. It was welcomed at its inauguration with sailor and pirate songs of children of the nearby elementary school. The district manager Arne Dornquast also praised the new playground with the words: «I would have wished for such a comfortable playground as a little boy.» The ship offers many climbing, balancing and hiding opportunities outside and inside, designed for older children and combined with role-playing games. Even from afar you can hear their commands, which conclude a turbulent seafaring. Two approximately 6 m long rope bridges connect the ship with a slide tower. The location of the tower on a hill extends the slide and increases its appeal. Behind the hill is a small settlement with the typical dragon’s heads, the play combination for small children, who should protect the Vikings from their enemies far from home. Even as a small whiptail the dragon can be found in the small settlement. Role and sand playing, but also slides and climbing between dried fishes are offered here. Seating places for adults around the house also serves as a baking area for the children.

The Vikings playground was planned by SIK-Holz® consultant Ulrich-Probst Schneidereit in cooperation with the specialist planner Mrs. Nickel from the Bergedorf district office. We thank everyone involved for the good cooperation in this unique playground project.