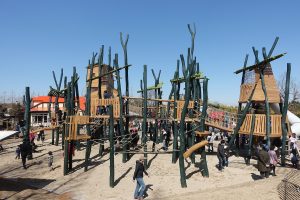 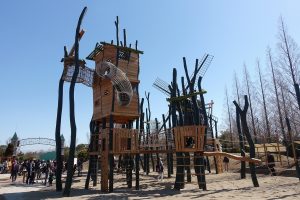 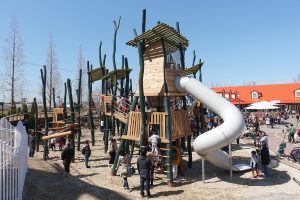 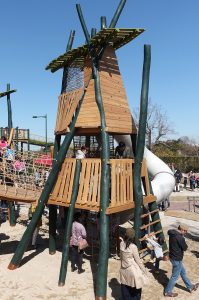 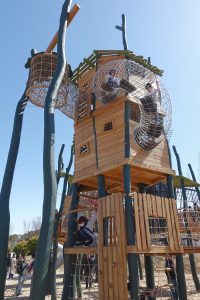 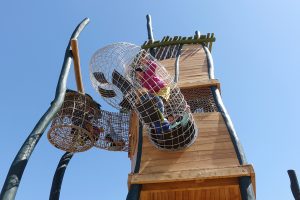 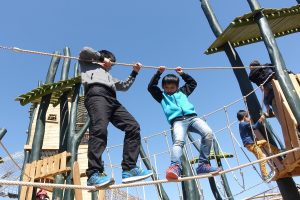 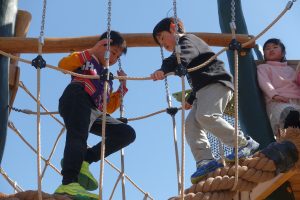 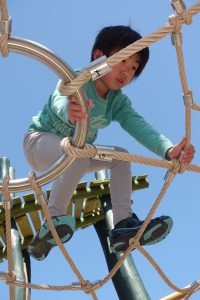 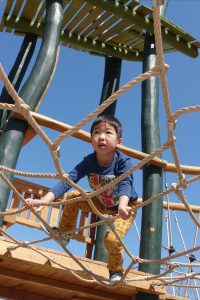 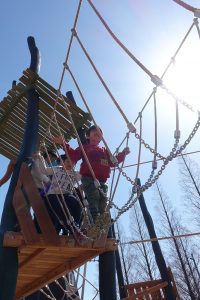 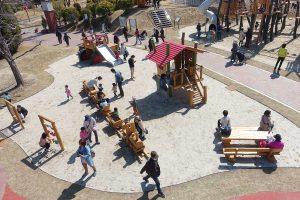 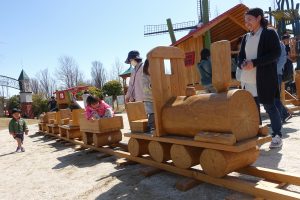 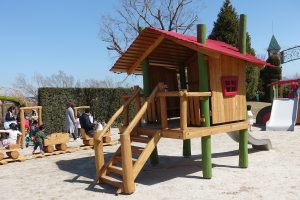 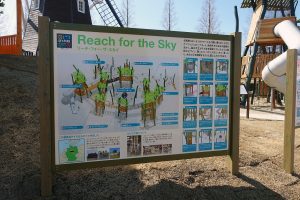 Reach for the sky

«Reach for the sky» is the name of an impressive project of the Japanese Denpark. Denpark is a part of the megacity Anjõ in the province Aichi. Only a tiny piece was missing and you could have reached the sky literally. The high-rise towers designed by Klaus-Peter Gust were built within two month at the playground manufactory in Langerlipsdorf. The whole ensemble seems like the oversized adventure land from the kingdom of Maya the bee. In October 2017 engineers from Tokyo accompanied the pre-assembly in Langenlipsdorf under the supervision of Kuni Ushio, the purchasing manager of BorneLund (Bornelund is the name of our sales partner in Tokyo). During the pre-assembly, the engineers of BorneLund documented their observations carefully to make sure that the reconstruction will not go wrong and that everything will be according to the Japanese standards.

Before the Brandenburg Robinia woods went on their travel halfway around the world from the seaport Hamburg the components were disassembled, labeled and loaded in to eight 40ft container. Four weeks later our installation manager Markus Bollinger-Röttig set out for Denpark to support the Japanese colleagues during the complex playground installation.

On 17. March 2018 the new playground were passed to the children and visitors of Denpark in Anjo. After cutting the red tape by the Major of Anjo and the Danish ambassador, more than 580 children flooded across the playground world while having marvelous sunshine and a bright blue sky. It was amazing to see how the children roamed the playground with a secure agility, joy and speed and how they took possession of the playground self-evident. It was a beautiful moment for Klaus-Peter Gust who was invited to the grand opening ceremony of the children’s playground by the management of BorneLund Mr. and Ms. Nakanishi. BorneLund runs 90 outlets from Hokkaido to Kagoshima and offers roughly 3,000 products. The wares include toys imported from some 100 companies in about 20 countries, and those it has developed on its own. BorneLund also runs over 20 Indoor- and moving areas. In these areas are more than 10 conceptual SIK-Holz® play and moving structures installed.

In Japan it is usual to play in air-conditioned areas. The temperatures in the summer are often rising over 35 degree with high humidity so every movement is difficult. In the winter it is very cold. Up to this point, there are less creative SIK-Holz® playgrounds in the Land of Smiles and of the rising sun. For this reason this project is an important step to bring out the main points on Japanese playgrounds.

A particular attention goes out to the playground sign. Here is not only to see the presentation of a secure usage of the play equipment but also hints for the good quality from Germany and the origin of the wood from sustainable managed forests in Brandenburg. The playground sign give also the hint that in Jüterbog is the most beautiful town hall in Brandenburg.