SIK-Holz > Projects > Special projects > A monument to a bishop 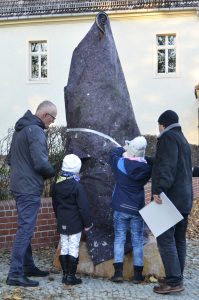 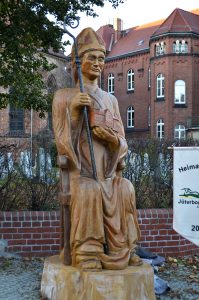 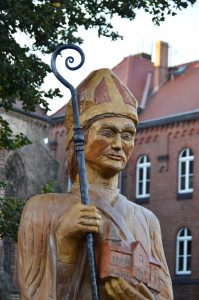 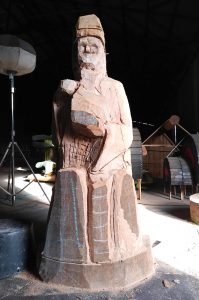 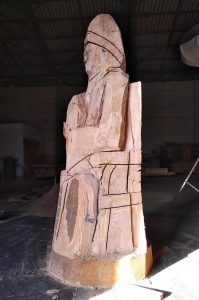 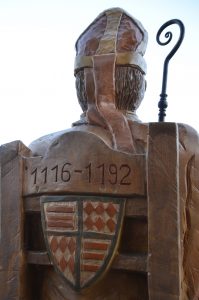 A monument to a bishop

Making city history visible and tangible is a central field of work of SIK-Holzgestaltungs GmbH. In addition to the playful aspects, in many places it is also about bringing the identity and unique features of the place into public space. Brandenburg, in particular, has many cities with a 1000 years history. But who knows how the settlement started 1000 or more years ago? In the case of Jüterbog, it was Archbishop Wichmann who granted town status 850 years ago. Previously, he brought Flemish settlers from today’s Belgium to the region and manifested Christianity by building a church next to the Wendish settlement. The first known migration in today’s Brandenburg. Not everywhere was it as peaceful as in Jüterbog.

The idea for the city founder to create a monument came from the local association «Jüterboger Land». For the 10th anniversary of the association, which coincided with the year of the Reformation, the monument was ceremoniously unveiled on October 30, 2017. It was created by SIK-Holz® managing director and master sculptor Klaus-Peter Gust. In just 4 weeks, he transformed a 133-year-old oak trunk into a 2.75 m high and 680 kg archbishop Wichmann. In one hand he holds the obligatory bishop’s staff and in the other hand a model of the first church in the city consecrated by him.