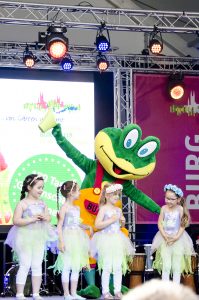 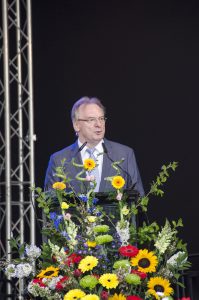 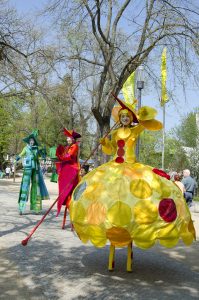 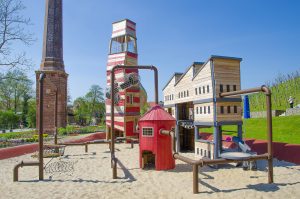 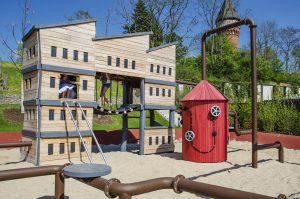 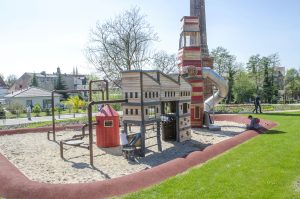 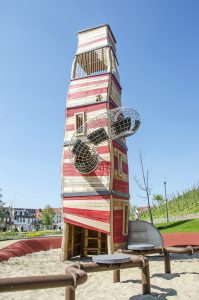 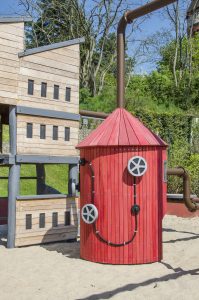 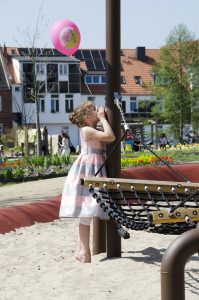 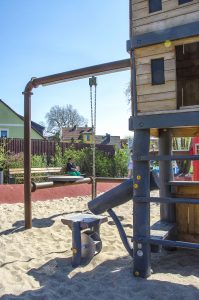 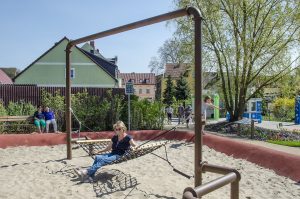 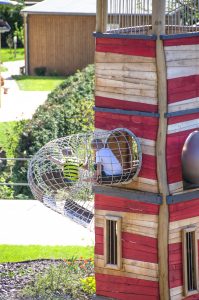 For the design of the play areas in the Goethepark and Weinberg, the landscape architects Relais from Berlin accomplished a two-level competition. SIK-Holz® awarded the contract for Weinberg. The spatially dominant chimney of the company Aston on the «Weinberg» considered due to its urban historical significance as a theme for the designing of the environment. Areas of brick gravel and dry vegetation strengthen the previously industrial character of this place. The resulting venue should capture playfully the structure of the chimney in the way of two climbing towers. On an area with only 120 m² should be developed play proposals for children aged three years.

The splitting into different age groups succeeded by dividing the area in a factory with less heights and many proposals for role plays and a high climbable chimney for older children. The factory regard to the different phases of the industrial history from the steam generator to a modern factory building. A parcours made of pipes connects the preindustrial steam generators with the factory. It is a barrier between the play areas and also meant as an action space for small children in which they can orient themselves. Hammock and seating platforms on the pipeline course also invite adults to participate in the game. The pipeline is at the same time a telephone system with different voice stations between steam boiler and factory. The chimney has a strong external appearance due to its height and colours. On different levels, larger children can play on the tower and enjoy a panoramic view of the garden area from a secure hiding place.