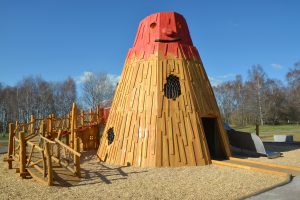 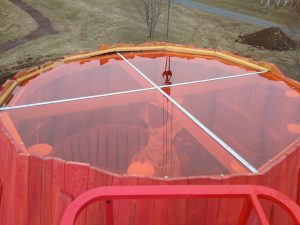 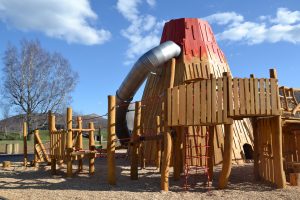 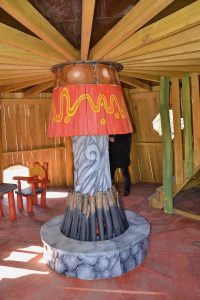 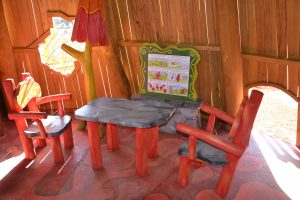 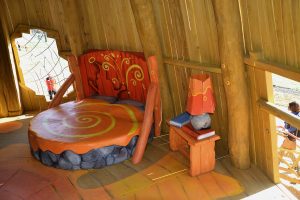 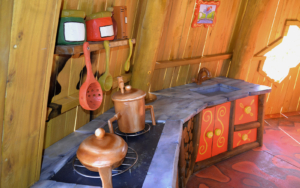 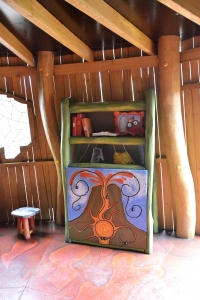 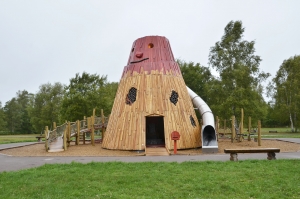 Discovering the world of volcanoes

The leisure park «Vulcania» in the French Auvergne is the world’s largest theme park for volcanoes and earth sciences. The fatal consequences of volcanic eruptions are shown in spectacular fashion at a museum with a square footage of 200 m². Equally impressive is an HD projection on a 415 m² screen of a journey through the impressive landscapes formed by volcanoes. Visitors which want to experience a little more action, find what they are looking for in a 3D-cinema. The journey through underwater volcanoes with a deep sea submersible is similarly spectacular.

Always present in «Vulcania» is Pitoufeu, a small volcano – the mascot of the park. This year, Pitoufeu is particularly important. A new play area, the «Pitoufeu Village», was created especially for him and for the youngest visitors. It is intended to bring the world of the volcanoes closer to the children in different, more emotional way. The park mascot lives in a volcano, of course. In a role playing game, the children visit Pitoufeu and explore his home. The conceptual design for the new play area was created by the designer Julien Bertévas. SIK-Holz® from Brandenburg in cooperation with Kompan France had been contracted to implement the project. A number of meetings in Langenlipsdorf and France were required, both in the planning and in the construction phase. It was a unique and exciting project for all partners.

The centrepiece of the new play area is a volcano which can be played on. Its dimensions – a diameter of approx. 7.5 m; a height of approx. 7.5 m – are comparable to those of a single family home. Pitoufeu inhabits this volcano over 3 floors. In the lowest level are the kitchen and the salon. In the middle of the room, hot magma blazes in the fireplace and provides cosy warmth. The middle floor accommodates his bedroom and the upper floor is, so to speak, the attic, where the things are stored, that he doesn’t need every day.

Pitoufeu itself is always present in all three floors as a silhouette. Just like as if he just left and you missed him by a second. All three floors are decorated with lovingly designed furniture and objects. Interactive games, such as memory, sliding games or painting board are integrated in some parts. The floors are connected by a wide spiral staircase. The children have the opportunity to switch between the floors quickly and adults can tour the volcano like a home.