SIK-Holz > Projects > Historical playgrounds > Where once settled the slavs 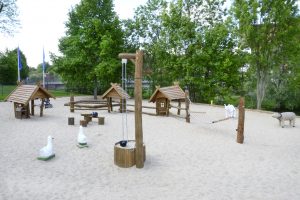 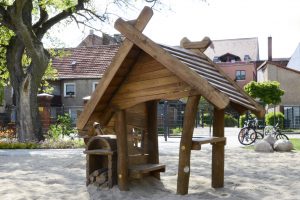 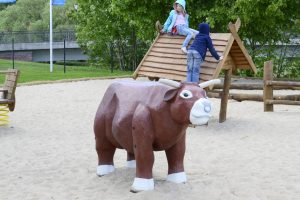 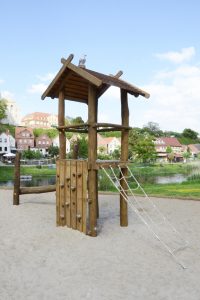 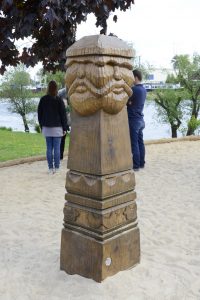 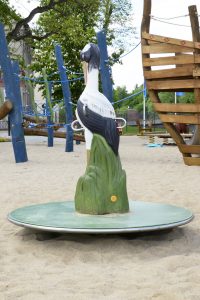 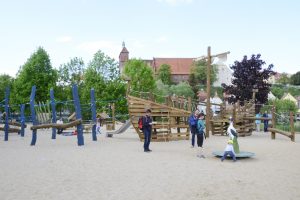 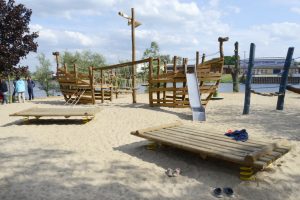 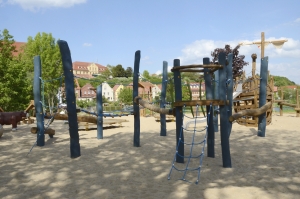 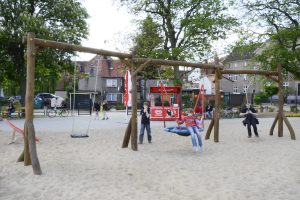 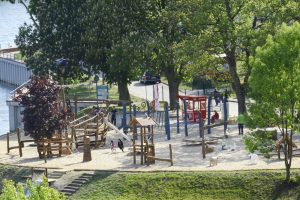 Where once settled the slavs

Havelberg «island and cathedral city in the countryside», this city has a great deal of history and an interesting future for tourism, not least because Havelberg one of the five locations of the Federal Garden Show 2015. On this occasion, the playground on the Old Town Island received a new look. The city and parents’ council, the youth centre and the kindergartens submitted proposals and agreed on a historic playground in the form of a Slavic village. Slavic tribes arrived in the 7th century in the region around Havelberg and shaped it for more than 450 years. The playground should remember this period on the Old Town Island. A completion was held, which SIK-Holz® won in a two-stage process based on the proposals received and the planning of the landscape architect Daniela Sussmann.

Since the playground is located in a heritage conservation area the idea of intense colour has been abandonment. Splashes of colour on the playground are play sculptures in their natural colours. Specific styling cues from the Slavic period, such as the crossed beams on the gabled houses, a plank boat and gods stele carry playground visitors back in the time of the Slavs. The actual playing surface is divided into four areas. A large circle of seats (1) serves as a meeting place for larger groups. As part of the BUGA it takes over the function of the open classroom. With respect to the history of the Slavs, it represents a fairground. The Slavic Village (2) is intended for small children up to 6 years. The small houses offer plenty of space for role play. The interconnecting coupling fences can be used for climbing or sitting by parents. The entrance tower to the Slavic village animates children to climb and balance. It also serves as a lookout point. The play sculptures encourage role play. Also they can be taken over and climbed onto. Around the well sand is scooped out and redistributed. Water can be added and brought over in a bucket from the river Havel. The Hammock offers place to rest and swinging together. The fishing square (3) is intended for children from 6 years. The largest element in this area is the Slavic plank boat. It is an interesting meeting place and viewpoint with plenty of space for climbing, sliding and for role play. From the boat the children can always find new ways to climb between the rods, which are used for drying fish and nets, and balance. The Slavic village and the fishing place were separated by two loose rafts. They represent an optical but also playful barrier between the playing areas. The oscillating and rotating area (4) is characterised by strong movement intensity and therefore is located on the opposite side of the seats in the circle and toddler play area. Here children experience the weightlessness and centrifugal forces. The collective turning and rocking reinforced this feeling. A slide on a slope connects the playground with the underlying field. They will be used in summer for picnics and ball games.