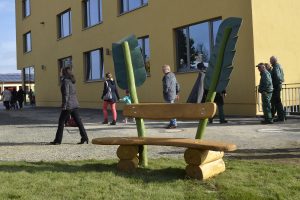 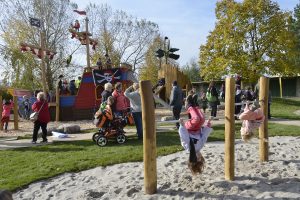 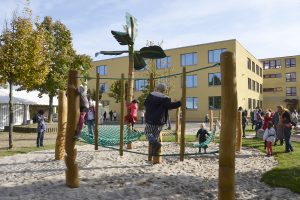 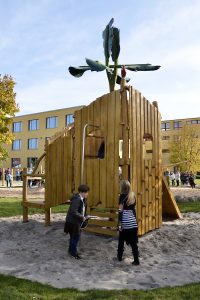 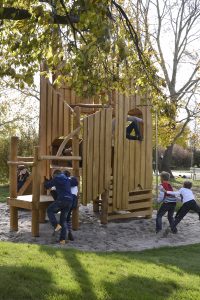 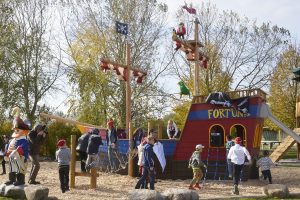 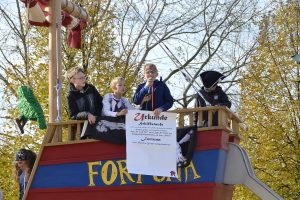 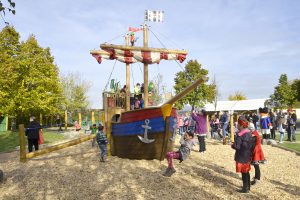 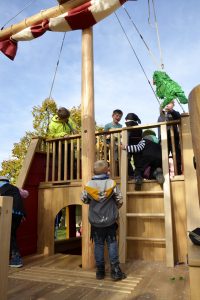 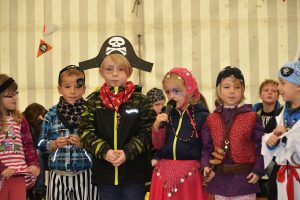 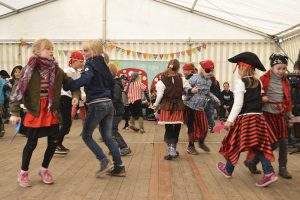 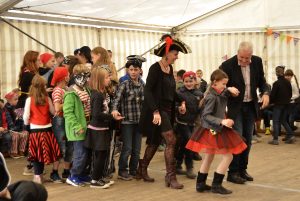 Even though the Fläming is not exactly one of the most water-rich areas in Germany, it does not prevent its inhabitants, especially the youngest among them, from dreaming of the large, wide sea and the adventures associated with it. This dream came true last month for the children of Achim von Arnim Primary School in Werbig. The school is part of a newly built Campus of the Generations, a lighthouse project in the sparsely populated areas of Brandenburg. Here, the «Kunterbunte Pusteblume» association bundles all its strengths to bring something forward – with success!

After several applications to the Playmobil Foundation for the purchase of a play ship for the Campus of the generations, perseverance was rewarded. The foundation promised to sponsor a large mobile play ship including all assembly and landscaping work. But now the ambition of the association was awakened. The impressive play ship with a length of 12.5 m, a width of 8.8 m and a mast height of 6.65 m was to become the centre of a pirate stronghold. Further funds were acquired until the treasure chest was full and not only the pirate ship, but also an entire pirate island with a pirate hideaway and an extensive climbing and balancing landscape under palm trees could be ordered at the SIK-Holz® shipyard.

On the 13th of October the time had come. With pirate dances and a confetti-coloured christening of the ship was christened «Fortuna». Headmistress Petra Schrank gave a cheerful speech of thanks to all big and small pirates and all sponsors and supporters.