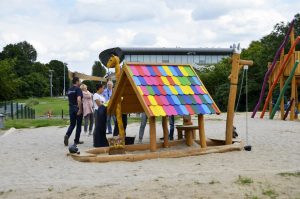 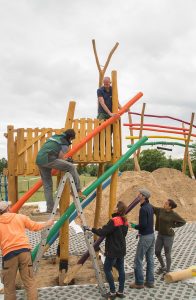 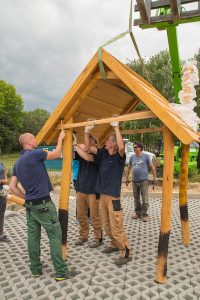 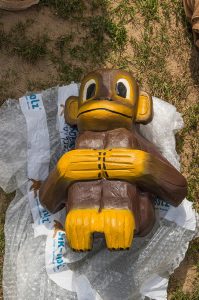 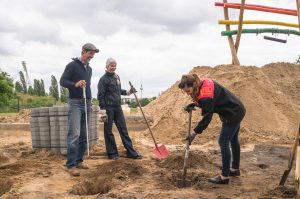 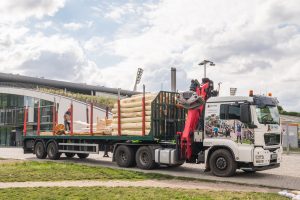 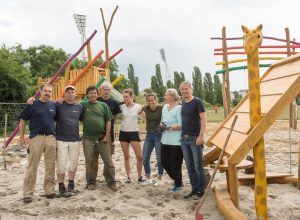 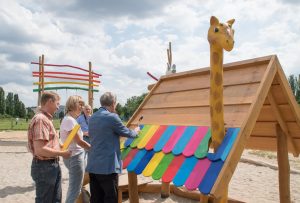 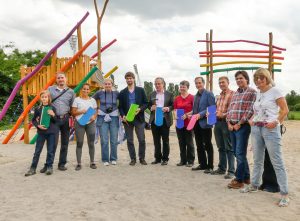 Who thinks a rainbow just simply drops from the sky, is mistaken. It was a long and not always easy way, to fulfill the dream. The way became the purpose and a lot of people got to know each other. With united powers they achieved the aim (editorial department Mauerpark). The old rainbow from 1999 was closed and dismantled for reasons of safety by the district exchange Pankow in autumn 2015. A new rainbow could not be built, because funds were missing. But where there’s a will, there’s a way. On the basis of the donations campaign of the «Freunde des Mauerparks e.V.» and the performance of the company SIK-Holz® the project «rebuild the rainbow-playground» was, in cooperation with the road and green space department, realisable.

Last year the middle part «rainbow-swing» and the slightly smaller left «rainbow-climbing element» were built up by former participator of the rainbow project, refugees an members of the club «Freunde des Mauerparks e.V.» This year the rainbow project came to end by assembling the big «rainbow climbing element». Because of the numerous and partly generous donates a play ship «small ark» was added to the place in dependence to Bible history. At the opening day the project participants and visitors were allowed to nail colorful shingles in rainbow colors on the roof of the ark.